Op Ed: Illinoisan Can Turn Over New Leaf on Cannabis Past

Home/Op Ed: Illinoisan Can Turn Over New Leaf on Cannabis Past

News You Can Use

Op Ed: Illinoisan Can Turn Over New Leaf on Cannabis Past

Systemic racism, as an abstract concept, has been much discussed over the last year. If anyone needs an example of where systemic racism actually lives in practice, look no further than the war on drugs of the last four decades. While people of all races illegally grew, smoked and sold marijuana, it was Black and Brown people who were much more likely to be arrested and incarcerated for it. Communities of color across the board have borne the disproportionate impact of this ill-conceived and ill-enforced policy.

In 2019, Illinois legalized cannabis possession and adult use. To their credit, the General Assembly recognized their responsibility to rectify past injustices and so created a pathway for individuals previously arrested and convicted of cannabis violations to have their cannabis records expunged.

There are an estimated 778,000 cannabis records in Illinois, many of which are eligible for automatic expungement. Governor Pritzker and his team have made good progress on this, having expunged more than half a million records so far.

But there are a subset of people with convictions (about 70,000) that do not qualify for automatic expungement, and they might not even know it.

For people whose records haven’t been automatically expunged, the process requires a petition to a judge who will decide on expungement on a case-by-case basis. This requires legal assistance that can be many thousands of dollars in court costs and legal fees.

To help, the State of Illinois funded the creation of New Leaf Illinois through a grant to the Illinois Equal Justice Foundation.  New Leaf Illinois provides the support people need to understand their rights and get started on the process to clear their complete cannabis record— “complete” being an important distinction. The police, the courts and the FBI all have different records, and an expunged record in one doesn’t necessarily mean your cannabis record is clear across the board. For instance, if someone’s police record was automatically expunged but their court record was not, and they go to apply for a job, their court record would pop up in an employment background check.

The point is, you can’t assume your complete cannabis records have already been wiped clean, even if you qualify for automatic expungement in one of the categories above. Instead, individuals should be proactive to determine the status of their complete records — New Leaf can help.

This effort is enormously important because criminal background checks are a common barrier to a person’s financial well-being, job opportunities, housing prospects, the pursuit of higher education and other areas of life. In a COVID age of high-unemployment and economic uncertainty, a clean record is more essential than ever.

But it’s crucial to note that an expungement petition through the courts is not done overnight. It can take months. So the time to take the proactive steps to address a criminal record is NOW, not the day before submitting an apartment application or going for a new job interview.

Taking the first step to improve one’s potential in life is often the hardest. But with New Leaf Illinois, the first step is easy. Anyone with a cannabis conviction should go to newleafillinois.org. Here, they will find a simple form to fill out. All information provided is covered under the attorney-client privilege and is entirely confidential. After a legal aid professional reviews the case, the applicant will be contacted about next steps.

No one can change the past. But when governments make bad policies or when individuals make mistakes, there can be restitution. The State of Illinois has stepped up to its responsibility by decriminalizing cannabis and providing resources to help people navigate through the legal system and restore their records. Now, it’s important for everyone who deserves these resources to claim these resources. 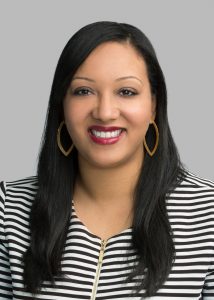 Illinoisans can turn over a new leaf on cannabis past